Katherine, Lead Channel Specialist, Queen, and member of the Black Organizational Leadership at Discover (BOLD) employee resource group, shares why her identity as a Black woman means she has to work twice as hard. Read her journey— from transferring to a predominantly white school as a child, to starting therapy— to learn how she continually claims space for herself and will never stop wearing her crown. 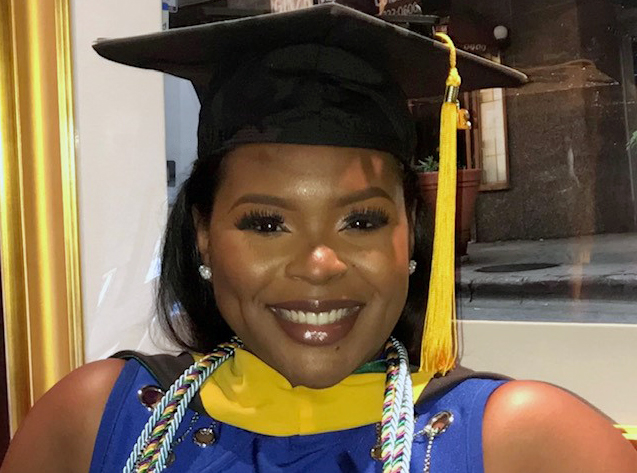 In the 4th grade, I transferred to a Catholic school in the South Suburbs of Chicago. I was one of 10 black students in the entire school. Before transferring, I was at a predominately Black school. The culture shock at such a young age was one that I cannot forget. I felt out of place and not “cool” enough to be there.

A few years later, an incident happened with a group of kids at school. The details of what happened don’t matter now. But what I still reflect on is how the principal called me into the office to ask me about the situation. He called me in not to punish me, but because he trusted me and knew I would tell the truth. And from that point on, my experience at the school changed. I gained respect from the staff and the other students. They looked at me differently because a person in a position of power demonstrated his trust in me. I’ve grown as a person, but in many ways, I’m still that 4th grader that will always tell the truth, no matter what.

I’m going to therapy and working on listening to evolve myself and continue to thrive in the future. It took me a while to get here, but I now listen to what the people closest to me are saying. I realized that being a Black woman, we deal with so much more than any other race or gender. We’re expected to be superwoman, fix what’s broken, and not show weakness or our feelings. Because if we do show those feelings, we’re labeled the “Angry Black Woman.” I now understand the importance of expressing myself as a Black woman.

By listening to my family, friends and therapist, I can channel my emotions differently. I no longer have to be mute. I can now speak up on what I know I deserve in my professional and personal life. And these tactics are setting the stage for success.

I now walk in the room with my head held high. Why? Because I deserve to be there. I’ve worked just as hard, if not harder, and I will not let the color of my skin nor my gender to ever be a setback again. I am a Queen and will wear my crown until the day I physically leave this Earth.